Location and size
At 10,432 km², Hawaii Island is so large that it could hold twice the other Hawaiian islands.

Arriving
by plane
Kona Keahole Airport (KOA) on the West Coast is 8 miles northwest of Kona. From Hilo International Airport (ITO) on the East Coast to Hilo City the distance is 3 km southeast.

Climate
The weather on all Hawaiian Islands is constant. The temperature fluctuations are only minor. There are actually only two seasons: the summer months from May to October, and the winter months from November to April. At sea level, the average daily temperature is 29.4 °C in summer and 25.6 °C in winter. Temperatures drop by around 12°C at night. In higher regions, however, the temperatures can be significantly lower.

According to lawschoolsinusa, Hawaii Island is an interesting potpourri of different microclimate areas: almost all of the world’s climate zones are shown here – from humid tropical to high alpine climates. This is a result of the shielding effect and elevation of the mighty volcanoes Maunakea and Maunaloa. The tropical rainforests of the Hamakua Coast, the cooler highlands of Waimea, the volcanic deserts of Kau, and the sunny beaches of Kona are all day trips away.

Clothing
Casual clothing is the order of the day. A thin jacket is enough in the evening. Slightly smarter attire should be chosen for restaurants and nightclubs. Suits and ties are rarely worn.

Kona
The sunny Kona District stretches 60 miles from Kona International Airport to Kealakekua Bay on the volcanic west coast. This large area has everything from coffee farms to historic Hawaiian attractions.
Sheltered from the wind by Maunaloa, South Kona’s waters are crystal clear and smooth as glass. This is a great place for snorkeling, diving, and spotting dolphins and honu (Hawaiian green sea turtles). One of the unforgettable experiences is diving and snorkeling with the peaceful manta rays on a “Manta Ray Cruise”. Kona is also famous for its deep sea fishing. The International Billfish Tournament is held here every year.

Punaluu Black Sand Beach
Green and black sand beaches are also found here due to volcanic activity. Punaluu Black Sand Beach on Kau’s southeast coast is one of Hawaii’s most famous black sand beaches.
It lies between Hawaii Volcanoes National Park and the small town of Naalehu. Its pitch-black shore offers an unforgettable sight. Coconut trees line the top of the beach. If you’re lucky, you might spot a honu (Hawaiian green sea turtle) sunning itself on the beach. Tempting though it may be, touching the protected turtles is forbidden. It is also forbidden to take black sand with you.

Kohala Coast
Nestled among pitch-black and rust-red lava fields formed by eruptions of Hualalai Volcano hundreds of years ago, Kohala Coast is a haven of green with first-class accommodation, dining and some of Hawaii’s best golf courses.

Hapuna Beach State Park
The largest white sandy beach on the island, Hapuna Beach, is also one of the most beautiful beaches on the island. Hapuna also offers good year-round swimming, body boarding, sunbathing and snorkeling.

Hawaii Volcanoes National Park
Located 30 miles southwest of Hilo, the park includes Kilauea volcano, one of the most active in the world. The opportunity to witness the process of creation and destruction firsthand makes this park one of Hawaii’s most popular visitor attractions and a sacred site to Polynesians. Established in 1916, the park covers an area of ​​1,335 km² and stretches from the top of Maunaloa to the sea. Here you will find a total of 241 km of hiking trails that lead through volcanic craters, burned deserts and rainforests. There is also a museum, rock carvings, a walk-in lava vent and the two active volcanoes Maunaloa, which last erupted in 1984, and Kilauea, which has been erupting regularly since January 3, 1983.

Waimea
From the volcanic Kohala Coast, the eastern interior can be discovered very well. Waimea (also known as Kamuela) is unlike any other place on the island of Hawaii: this is the home of the paniolo, the Hawaiian cowboys. The green pastures still belong to the cattle breeders with their ranches.

Holualoa
Java is the name of the drink that powers Holualoa, a tiny village and artistic enclave in the heart of Kona’s coffee country. This is just the place to sample the diverse flavors of 100% pure Kona coffee. The coffee is only grown in small quantities and only in north and south Kona. 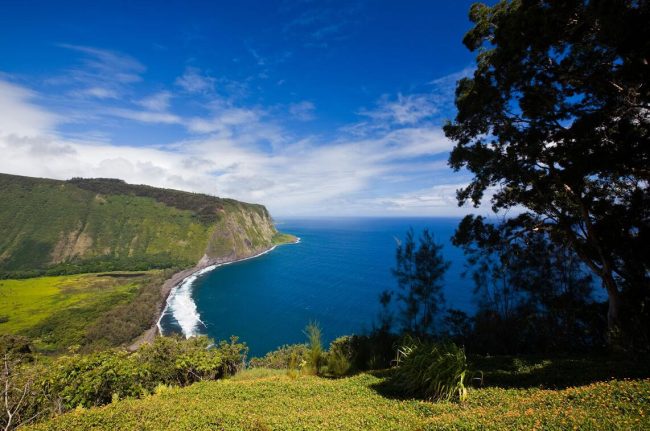 Find the best quality hotels in Wyoming with discount price. Book hotels and motels online now and save up to 60% off […]

Find the best quality hotels in Central America with discount price. Book hotels and motels online now and save up to 60% […]

Find the best quality hotels in Iowa with discount price. Book hotels and motels online now and save up to 60% off […]