According to homosociety, the first corona case in Sudan was confirmed on March 13th. Since Sudan is one of the high-risk countries with the most fragile health systems, a dramatic course is expected in the country.

The health care is satisfactory only in the capital. Some hospitals (military and police hospitals) are well equipped. But the public hospitals are in a poor condition, not only in the small towns and rural areas, but also in the capital. Some private clinics are well stocked with staff and medicines. However, the majority of Sudanese people cannot expect adequate medical treatment without financial support from relatives and friends. 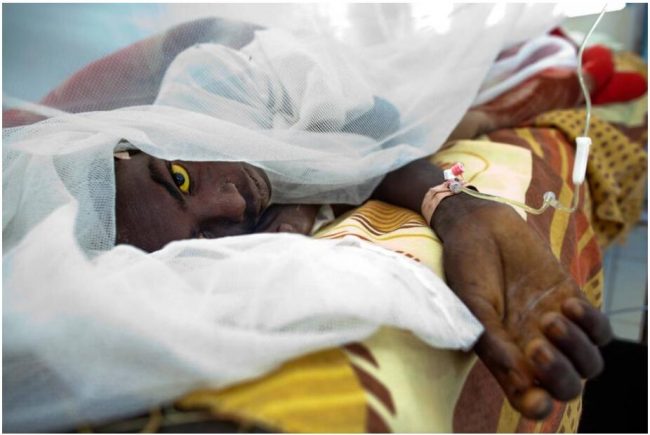 The HIV / AIDS prevalence for Sudan is currently estimated by UNAIDS for the population between 15 and 49 years of age at approx. 0.2%, a rather low rate in regional comparison. Until a few years ago, the existence of HIV / AIDS in Sudan was denied and professional statistics were not accepted. Sexuality and AIDS are still taboo in the social norms of Sudan, which are shaped by Islam. In the meantime, measures to combat and prevent HIV / AIDS are being carried out with the support of international organizations.

In a traditional healing ceremony, for example, excerpts from the Koran written on paper are burned with charcoal in a mixture of certain plants and spices. The smoke that arises should be inhaled and thus promises the desired healing effect. Depending on the severity of the disease, a traditional healing ceremony costs the equivalent of around US $ 20-40. Kor claims written on paper by the fakih are also very popular; they are placed in small leather bags and worn around the neck or on the upper arm as a lucky charm.

Since traditional medicine, with its spirit cult and veneration of saints, does not correspond to Orthodox Islam, traditional healers repeatedly come into conflict with fundamentalist groups.

The social policy efforts have so far in Sudan over some modest beginnings to the establishment of a minimum structure of the social protection of the population not gone. With the Social Insurance Act of 1974 and the Social Health Act of 1994 there have been legal bases for social security for some time, and above all with the National Insurance Fund, which is part of the Ministry of Welfare and Social Security is located, there are also corresponding institutions, but in practice the measures are only geared towards employment in the public sector (authorities, police, army) and only include some of the formal employees in the economy. In addition, the system only applies here in the greater Khartoum area.

Overall, therefore, only a part of the formally employed are reached with the state-organized social security. The highest coverage is achieved by the various forms of health insurance in the greater Khartoum area with a little over 70% and nationwide coverage of around 50%.

Zakat support is becoming increasingly important in Muslim countries. This Islamic poor relief of the Zakat funds is state institutionalized in Sudan, but suffers from extremely high administrative expenses and its funds are increasingly being misused.

Non-governmental self-help, above all traditional family support, but also that of religious communities, is becoming increasingly less important due to the growing impoverishment of the population, with falling incomes, high inflation and rapidly rising unemployment. Especially youth unemployment remains at a high level.

The Sudanese state achieves greater socio-political effects through a wide range of subsidies, which, however, place a heavy burden on the state budget. These mainly include fuel in the transport sector, cooking gas and some foods such as bread and sugar. A reduction in these subsidies, as repeatedly called for by the International Monetary Fund, without redirecting the funds released into an overall socio-political strategy, would affect the rural population in particular and is feared by the Sudanese state as a trigger for political protests. In January 2017, the full dismantling of subsidies by 2019 was announced and is therefore applicable as the trigger for the protests that led to the overthrow of President al-Bashir. The transitional government is also trying to further reduce the subsidy network in order to consolidate the state budget.