The best places to shop in Kaunas are easy to find, as they are areas where you will spend time anyway. While exploring the old town, you will encounter many typical shops selling souvenirs and souvenirs, and if you move along the main street to the new side of the city center, there will be quite a number of interesting shops along its main boulevard.

There are far fewer shops elsewhere, but on the riverfront, near the bus station, the Acropolis is an excellent shopping center. There are a good number of supermarkets in Kaunas that are open late and the shops are mainly very open, although on weekends small shops close early.

From Kaunas, it is worth buying local products, including products made from linen and amber, and there is a lot of handicrafts and all kinds of local design that is not encountered elsewhere. In Lithuania, the euro is used and payment cards are almost used in circulation. 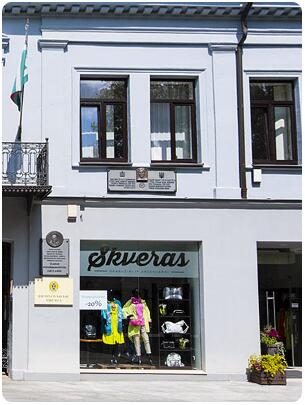 The best areas for shopping

In Kaunas, shopping is in the background, and it is not worth going there just to shop around. The best shopping stops are right in the heart of the old town and on the new side of the city center, and there aren’t many shops elsewhere.

A new side of the main street is Laisvės, and is lined with a good number of the most varied movements. You can buy clothes, household goods and food from the street, and those who want to see what is on offer in Lithuania will get to know this nearly two-kilometer-long street properly. There are a lot of cafes and restaurants on the street, the price level of which is lower than in the old town, so you can explore the street for even half a day.

The main street of the Old Town is Vilniaus gatvė, which starts from the new side of the city center. It is a street on the Old Town side, selling souvenirs and souvenirs of interest to tourists, and knocking it and the nearby streets is an integral part of a holiday in Kaunas. A good street for its shops is J. Jablonskio , which is next to the underpass, and another good side street is M. Daukšos , with a supermarket at the end.

Elsewhere in the city, there are some places to shop. There is a large Acropolis shopping center near the bus station, and there are a few shops in the new parts of the city center, but it is pointless to get around the blocks in the hope of finding shops.

For those traveling by car outside the city center, there are shopping malls and a market hall, which are in the Urmas area known as a place to shop. The offer also includes the Urmas shopping center , which is next to the market hall. There are quite a few cable cars and buses coming to the area from the city center, and information on both them and opening hours is available on the website . 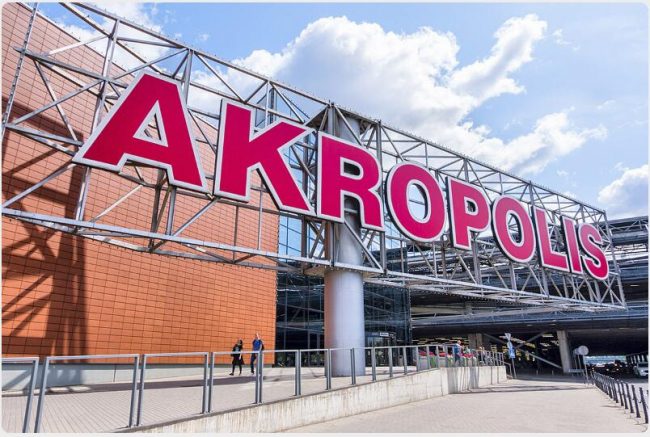 There are a good number of supermarkets in Kaunas, of which the Iki chain’s stores are the most common and Maximat’s the largest. There are some small kiosk-like shops, and Narvesen is the most common of them, but there are others. Ikit and Maxima are very open, usually from 7 or 8 a.m. until 11 p.m.

A convenient little shop right at the headquarters of the Old Town is Aladinas along Vilniaus gatvė , with a good selection of drinks and open until 9pm on most days. If you turn onto the street next to the shop, at the end of it is Šilas, which is a fairly well-stocked supermarket with an excellent selection of drinks.

On the new side of the city center, behind the underpass corridor, Vilniaus gatvė continues, and immediately after the tunnel, opposite the Presidential Palace, there is a small Iki supermarket. If the street continues a little further, it will turn into Laisvės alėja, and among the many shops there are a couple of supermarkets, as well as a few specialty shops selling drinks and food.

The largest supermarket in the city center is the department store-like Maxima, located in the Acropolis Center. There is a walk from the bus station, but from the old town there is a much longer journey, which is admittedly shorter if you walk along the riverbank.

What is worth buying from Kaunas?

The best gifts in Kaunas are natural handicrafts and other natural products that are of local origin.

Linen (flax) is a particularly popular material, and this “northern silk” is available in many places. The best linen products can be found in specialty shops, such as along the main boulevard on the new side of the city center. A particularly good move is Lino Namai at 88.

Amber is “Lithuanian gold,” and as in Latvia and northern Poland, amber is made into jewelry or works of art. Amber is claimed to have strengthening and health-promoting effects, and the ancient Lithuanians protected themselves from evil forces with the help of amber amulets. Today, “amber therapy” is becoming more popular, and there is also a trade in amber-containing oils and tea. Gintarinas Suventyras, at 14 Vilniaus gatvė, is a shop that sells amber products, but also linen and other textiles and brass products, which are also good shopping.

There is a lot of linen and amber among the crafts, but souvenirs and souvenirs made of wood are also good purchases. Decorations made of wood and the most diverse products, for example for the kitchen, are good shopping in Kaunas.

Although Finnish rye bread is better than other breads in the world, it is worth tasting at least the local “black bread” in Lithuania . If you prefer, you can pick up dark bread from the store before returning home, which is well available in any store.

There is much more that could be brought home. Vodkas are also well displayed in normal stores, they are moderately priced and high-quality vodka, which can be Russian or Polish, costs 10-12 euros per liter. Also, medicines and pharmacy products are in relation to your home country in good prices, and also many of the products that are in Lithuania and neighboring countries made are good purchases.

There are several shopping malls around Kaunas, but only the nearby Acropolis is relevant to those vacationing in the city . Its large Maxima is the best supermarket in the city center, next to it is a large pharmacy and there are many other shops there. In bad weather, it’s also a great place for coffee or a meal, and there are a particularly good number of clothing and accessory stores for women.

In Kaunas, supermarkets and shopping malls are very open , and the Acropolis stores, for example, are open every day from 10 am to 9 pm but Maxima is open from 8 am to 10 pm. Supermarkets are open from 7 a.m. to 9 p.m., usually until 11 p.m. Small shops that sell amber or flax products, for example, are less open. Many small shops are only open Mon – Sat, for example, from 10 am to 6 pm, and those that are also open on Sundays will close earlier and some will also close earlier on Saturdays. Generally, you should go shopping other than on a Saturday afternoon or Sunday.

Alcohol may not be sold in Lithuania at any time, but it is good to bear in mind that alcohol is not sold in shops or kiosks every day from 8 pm until 8 am the following day. Sundays are heavier than other days, as the sale of drinks will stop at 3 pm and you will not receive anything until 10 am on Monday morning.

Lithuania has the euro and it is good to take cash with you on the trip.

There are not very many ATMs in the Old Town, and otherwise there are so few ATMs in Kaunas that it is worth withdrawing money as soon as the cash starts to run out. For example, the airport and bus station have vending machines.

Payment cards work very well in Kaunas, but there are also places like stalls where the cards do not visit. It is always a good idea to bring coins and small banknotes with you, as change is scarce in some places.

GENERAL Official name of the state Kingdom of Norway. Capital Oslo. Geography According to topschoolsintheusa, the Norwegian west coast lies on the […]

Spain’s nature There are many different landscapes and climatic zones in Spain, which also determine which plants and animals live there. Both […]

Children and everyday life Many children in Monaco grow up multilingual, that goes without saying. Since Monaco is very small and densely […]