The area that now forms the state of Louisiana was originally populated by Indian tribes such as the Choctaw. The first Europeans were the Spaniards. However, they had little interest in the region. The next scouts were therefore French. Rene Robert Cavelier de La Salle named the area La Louisiane in 1682 in honor of his monarch Louis XIV. The name La Louisiane at that time referred to the entire Mississippi river basin and was much larger than the current state. On April 30, 1812, Louisiana became the 18th state of the United States. Louisiana’s economy was heavily dependent on slave labor and when Abraham Lincoln became president in 1861 and abolished slavery, the state joined the Confederate States of America and the Civil War broke out.

The Cutest Cities in Louisiana

New Orleans is the birthplace of Jazz and you can listen to live music on every street corner. New Orleans has a relaxed and relaxed atmosphere, here you can enjoy good food and music. The most famous neighborhood of New Orleans is the French Quarter where you can find many restaurants and bars. The biggest party in New Orleans is really Mardi Gras, the American version of the Carnival known to us. More than 2000 exuberant, festive carnival parades then pass through the city. The city will be colored in the official colors of Mardi Gras that day: purple, green and gold. An unforgettable experience to experience during your Louisiana vacation.

Lafayette is located in the heart of Louisiana’s Cajun & Creole Country, an area known as America’s happiest region. Lafayette has a distinct culinary identity when it comes to Cajun cuisine, earning them the title of Best Food City in the U.S. got. Steeped in tradition, Lafayette’s culinary scene continues to evolve with a new generation of chefs, making it an incredible place to eat. No matter what time of year you visit Lafayette, there’s always something to celebrate . It doesn’t take long to get hooked on Lafayette’s Cajun and Zydeco music, and there’s never a shortage of dance partners if you want to try your hand at a two-step or waltz.

Tucked into the northwest corner of the state, the Shreveport area is a great mix of some of Louisiana’s best Southern food, casinos, culture, and music. Shreveport-Bossier, better known as Louisiana’s Other Side, is home to historic restaurants and popular diners whose Southern-style fare has been profiled everywhere from Southern Living to the Food Network. Shreveport-Bossier offers gaming like no other city in the state, with world-class riverboat casinos along the Red River, including Jimmy Buffett’s Margaritaville Casino Resort Hotel, as well as live horse racing at Harrah’s Louisiana Downs.

Baton Rouge is the capital of Louisiana and is home to the State Capitol. Baton Rouge even has 2! The old State Capitol (1852-1932) is now a museum that takes you through the rich and turbulent history of Baton Rouge. The new State Capitol (1932) was commissioned by Senator Huey Long, an inspired senator who was very popular with the poor people, and is the tallest state capitol in America. Huey Long holds a prominent place in Baton Rouge history and was murdered in 1935.

Performing arts are alive in Lake Charles, LA, with theater and music groups including the Lake Charles Symphony. There are five different museums, one of which houses the largest display of Mardi Gras costumes in the world, in addition to charming galleries rich in art.
Sample world-renowned Cajun and Creole cuisine or take a drive along the Creole Nature Trail All-American Road – teeming with wildlife including alligators, birdlife and three nature preserves!

Two major companies are deeply rooted in the history of Monroe, and its neighbor across the Ouachita River, West Monroe: Delta Airlines started here in 1926 as a crop-dusting service, and Coca-Cola opened its first bottling plant. Biedenharn Home and Gardens, the estate of that first Coke bottler, is open to the public as a museum and sculpture garden. The Chennault Aviation and Military Museum of Louisiana has exhibits about Delta Airlines, the local World War II flying school at Selman Field, and the volunteer combat unit called the Flying Tigers commanded by one-time Monroe resident, General Chennault.

The town of Natchitoches is the heart of Natchitoches Parish. Founded in 1714, the site was established near a village of Natchitoches Indians. As the oldest permanent settlement in the Louisiana Purchase area, its history is also a story of the nation’s development. The city’s Historic Landmarks District, which sits on Cane River Lake and encompasses a 33-block area, includes many historic homes, churches, and commercial buildings. A mix of Queen Anne and Victorian architecture, along with Creole-style cottages can be seen throughout the district.

Clear streams, pine forests and idyllic communities full of antique shops, galleries and restaurants can be found in St. Tammany Parish, on the north shore of Lake Pontchartrain. Just forty minutes from the French Quarter in New Orleans, you can enjoy Northshore art, cuisine, culture and the great outdoors. There are approximately 80,000 acres of National Nature Reserve, including Big Branch NWR and the Northlake Nature Center on Bayou Castine. Bird watching is popular on the Northshore and is home to many endangered red-tailed woodpeckers. The Tammany Trace, a gem of a bike path that runs through 30 miles of St. Tammany Parish, is a great way to enjoy the Northshore outdoors.

Avery Island, the birthplace of the TABASCO® brand sauce, has been owned for more than 180 years by the interrelated Marsh, Avery and McIlhenny families. Spanning approximately 2,200 acres, the island sits atop a solid rock salt deposit thought to that it is deeper than Mount Everest is high. Geologists believe this deposit is the remnant of a buried ancient seabed, pushed to the surface by the sheer weight of the surrounding alluvial sediments. Today, Avery Island is still home to the TABASCO® brand sauce factory, as well as Jungle Gardens and his sanctuary for birds in Bird City. The Tabasco factory and gardens are open for tours.

Located in “The Heart Of Louisiana”, Alexandria and neighboring Pineville, across the Red River, form a hub. Lake Buhlow in Pineville hosts high-speed powerboat races and the Alexandria Riverfront Center hosts statewide conventions and galas. Pineville is home to many intact 19th-century homes and 18th-century cemeteries. 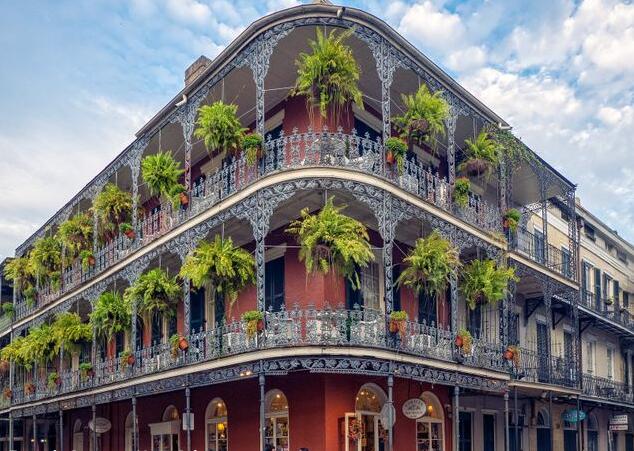 Find the best quality hotels in Missouri with discount price. Book hotels and motels online now and save up to 60% off […]

Flora and vegetation. – A. Grisebach in the Mexican territory distinguished, from the phytogeographical point of view, three regions: 1. the coastal […]