Interstate 76 or I -76 is an Interstate Highway in the U.S. state of Ohio. The highway forms an east-west route in the northeast of the state, running from Interstate 71 at Seville to Petersburg at the Pennsylvania border. The road passes through the city of Akron, and past the city of Youngstown. The route is 132 kilometers long.

At the village of Seville, I-76 branches off from Interstate 71, which runs from Columbus to Cleveland. The highway then heads east, quickly entering the urban area of ​​Akron, a city of 208,000. The highway has 2×2 lanes, and it crosses Interstate 277 west of the city, which leads to the Akron airport, and also gives access to Interstate 77 to Canton to the south. I-76 then runs north for a few miles, then merges with I-77. This highway runs north to the Cleveland metropolitan area. Both roads are then double-numbered south of the center and have 2×3 lanes. At SR-8, I-77 turns south toward Canton, then I-76 continues east toward Youngstown. To the north, the SR-8 goes as an expressway. East of downtown Akron, there are also 2×3 lanes available, after which the road narrows to 2×2 lanes outside the urban area.

The highway then heads east, through a lake district past small towns. There is an unusual junction at the town of Youngstown. Interstate 80 enters here from the northwest, turning east toward New York, while through-lanes become Interstate 76 toward the southeast, toward Pittsburgh. This is because I-80/I-76 is a toll road, the Ohio Turnpike. I-76 therefore has 2×2 lanes, while passing west of Youngstown. Here one crosses the SR-11, a highway to Ashtabula on the shore of Lake Erie. Just south of Youngstown, Interstate 680. ends, which runs to the center of town. Not far after, I-76 crosses the Pennsylvania border at Petersburg, and Interstate 76 in Pennsylvania continues to Pittsburgh and Philadelphia.

The point where I-76 from Akron merges into I-80 toward New York City.

I-76’s predecessor is US 224, which was the through link before Interstate 76 was built. On December 1, 1954, the first section opened, the easternmost section of what is now part of the Ohio Turnpike, along Youngstown, then a major industrial center.

The first regular freeway section was the Wadsworth bypass west of Akron, circa 1961. At the time there was no I-76, the Ohio Turnpike past Youngstown was numbered I-80S at the time. I-80S was also the planned track for the current I-76 shortly after, at the time I-80S was planned to be built over a second bypass from Wadsworth, but eventually I-76 was routed over the US 224 bypass, which was closed in 1961. had already been laid level.

Most of the freeway through the city of Akron was opened circa 1962. The highway was completed in a short time after that, by 1970 the last section had been opened, a six-mile missing section between Lake Milton and the Ohio Turnpike. Shortly after the highway was completed, I-80S was replaced by I-76, which first appeared on maps in 1972. On October 8, 1986, the interchange with the Innerbelt in Akron was opened. In the 1990s, I-76 through Akron was widened and modernized to 2×3 lanes. 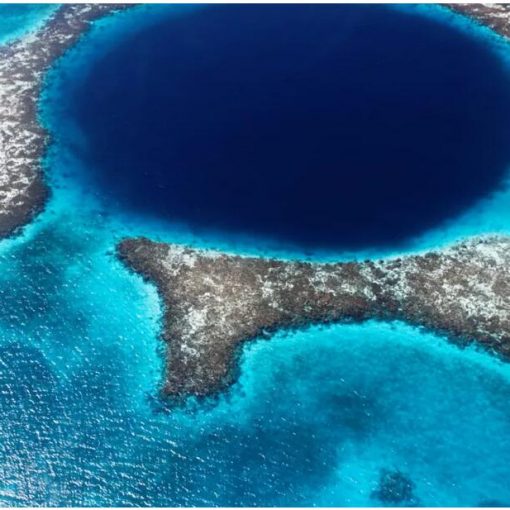 Belize is small but full of treasures. You can discover dreamlike marine worlds, ancient Mayan ruins, original jungles with exotic animals and, […]