Greek poetry had been for some centuries, and still was, dominated by the legacy of the epic and the cycle, or let’s say more generally of the myth: a legacy that became increasingly heavy, not only because it brought with it much material and habits. trite, but above all because it now found no interior correspondence with the spirit of the times, which, even after the recent exploits of Alexander the Great and the wars of the Diadochi, had almost nothing heroic and inclined towards bourgeois life. In such conditions, however, there were those who believed they could continue, or resurrect, the ancient tradition and compose long-running poems, on the Homeric or cyclical type, taking as subject both some important group of legends of the mythical heritage, and also some great event in history. Thus, p. e.g., Thebaid, in which he tried again the argument already exploited by the cyclics and then by Antimachus of Colofone; and Riano of Crete began to sing the Messenic Wars. But the most distinguished of all was Apollonio Rodio (about 300-230), whose poem, the Argonauts, is the only one that is preserved in its entirety.

Also Apollonio Rodio was not only a poet, but a scholar, a scholar of grammatical, historical and geographical studies; and as such he was called to the direction of the Library of Alexandria, succeeding Zenodotus of Ephesus. His works in verse were nourished by philological and antiquarian studies; especially the poem of the Argonauts, which he conceived as a young man, as an ambitious dream of greatness, and to which he later devoted much of his activity. Evidently he had proposed to be the Homer of his times, merging in a single design, not too large in size, the characteristics of both the Iliad and the Odyssey: the poem of the conquest combined with that of the adventurous wanderings. Apollonio’s work is not alien to the needs and tastes of the Alexandrian age; especially it conforms to certain doctrinal norms, concerning the extension and unity of the epic poem, which come from Aristotelian and Peripatetic teachings. However, it is largely anachronistic, and substantially mediocre; it lacks passion, movement, real drama; only the episodes have life there, the genre pictures, the secondary parts, where the heroic tone is substituted by the idyllic or the elegiac or even, even, the arcadic and the mannered: since in the epic matter modern currents, especially the lyrical element, of woman and love, which was the most interesting and the most alive of the Alexandrian elements. In fact, in the representation of Medea, Apollonius offers us a fairly effective and developed psychological analysis. The attempt of the Argonautics. it aroused ardent controversy and, at least at first, it met with hostile reception in Callimaco; which must be considered as the main interpreter of the literary taste of this age.

Callimachus of Cyrene (about 320-240) was almost the official poet and critic at the court of the early Ptolemies; in his manifold industriousness he combined, better than any other, the attitudes and dispositions of the historical period in which he lived.

He had formed his education in Athens, at the Peripatetic school, from where he drew the direction and passion of erudite studies: a passion that had to lead him to write a large number of grammatical, bibliographic, antiquarian works, among which the Quadri (Πίνακες) in 120 books, constituting a kind of historical encyclopedia of Greek literature. The habits and the passion of erudition also influenced his poetic production, which was not infrequently oppressed by heterogeneous elements. He gave a programmatic definition and sure application to the tendency represented by Philetas, Asclepias and others: he argued, with full reason, that the times were not suitable for the heroic poem; he advised avoiding too solemn and ambitious themes; it generally took its subject matter from myth, but sought the less common legends, deduced some rather humble and obscure side of it, isolating it from the narrative context. With this understanding he composed a collection of elegies, the Aitia, in which, gathering little known legends, he illustrated the origins of traditions, customs, cults, etc.; and a poem, the Ecale, where in a few hundred verses he treated, in a minor tone, a modest episode from the myth of Theseus. Critical principles were therefore appropriate and important in Callimachus; and (as we can judge especially from the Hymns and Epigrams, the other works being largely lost) he did not lack certain artistic gifts, grace, refinement, wit, elegance in the execution. Except that he lacked true genius, which is based on the warmth of feeling and imagination.

If Callimaco occupies an eminent place in Alexandrian literature due above all to the address he represents, the highest place in the value of art is held by a peer of his age, who lived in seclusion, outside the philological studies and literary competitions, Theocrit of Syracuse. (About 310-250); who possessed that genius which Callimachus and most of the others was denied. In fact we see how he, through the application of the same principles with which the heads of the school taught to avoid the epic, to cultivate the epyll, etc., came to create a form of his own, which consisted in grasping much more intimately and directly the humble and bourgeois side of life.

Herodas, who also lived in Kos, towards the middle of the same century, approaches Theocritus in some respects, but without at all reaching its artistic value. III a. C. His Mimiambi are small scenes of ordinary life, perhaps intended for theatrical representation, and composed with realistic intentions: of a realism, however, not only more brutal than that of Theocritus (in fact they aimed to rejoin, rather, with the tradition of Archilochus, Ipponatte, etc., of which they even adopted the meter, iambic scazonte), but also more opaque, that is purely descriptive and objective, not permeated, as is theocriteo realism, by the profound spirituality of the author. 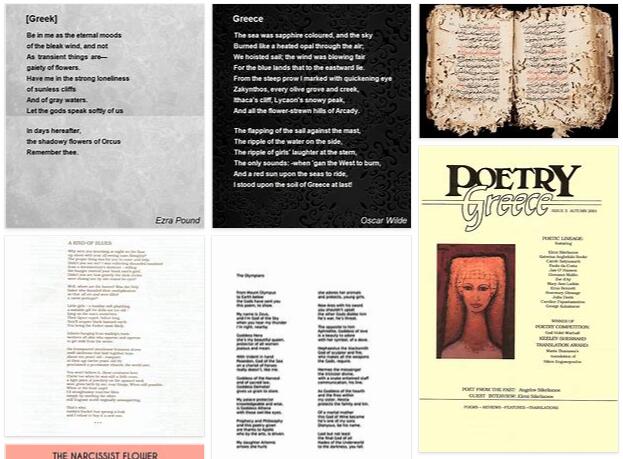 Polish cuisine in many ways resembles Russian and Ukrainian. It has a wide variety of salads, soups and cold appetizers, meat dishes. […]

ON THE GO Traveling by plane The national airline is called Belavia (B2) (Internet: www.belavia.by). On the way by car / bus […]