Background of the Civil War

The civil war, which ended in early 2005, between the resource-rich but underdeveloped south and the government in the north, began before Sudan’s independence in 1956. As early as 1955, the South Sudanese Anyanya rebels were fighting for the independence of the south from the north. Under President Gaafar El-Nimeri, who died in 2009, this conflict ended in 1972 with the Addis Ababa Agreement.

The agreement guaranteed the south partial autonomy and equality within the federal structure of Sudan. A regional government was established with a regional assembly that was empowered to elect and cancel the High Execute Council (HEC). The inclusion of Anyanya units in the government of the South was one of the conditions in the Addis Ababa Agreement under President Gaafar El-Nimeri. In 1977, particularly high quality oil was found in the south.

After religious and ethnic differences had previously been the main causes of the conflict between North and South, the oil discoveries added an important economic aspect. The government in Khartoum did not want to leave control of the oil to the autonomous government in the south. In 1980 an attempt to join the oil-rich areas to the north failed. Nimeri’s decision to divide the government in the south into three regional government departments in order to undermine autonomy was not accepted by the South Sudanese. In addition, under pressure from the National Islamic Front under Hassan al-Turabi, there was an intensified policy of Islamization with the introduction of Sharia law for all Sudanese. Al-Turabi also retained a leading role in the regime under al-Bashir, which came to power in 1989. A mutiny in Bor in 1983 toppled the Addis Agreement. As a result, the Sudanese People Liberation Movement (SPLM) with its armed arm, the Sudanese People’s Liberation Army (SPLA), was founded in the south. The SPLA was formed under the Dinka officer Dr. John Garang. The civil war started a second time. The SPLA managed to control large parts of South Sudan until 1991. Parallel to a counter-offensive, which was also made possible by extensive military aid from Iran, the SPLA coalition disintegrated in 1991/92. Distribution struggles and rivalries between the guerrilla leaders and the authoritarian leadership style of John Garang divided the SPLA along ethnic groups. Many Nuer saw the SPLA under the Dinka Garang as a “Dinka Army”. With the alliance of the SPLA in 1995 with the National Democratic Alliance (NDA), a coalition of northern Sudanese opposition groups, the SPLA was able to assert itself again.

The second civil war claimed an estimated 2 million lives up to the armistice of 2002 (Bürgenstock Agreement), mostly among the civilian population, and caused several million foreign and internally displaced persons. 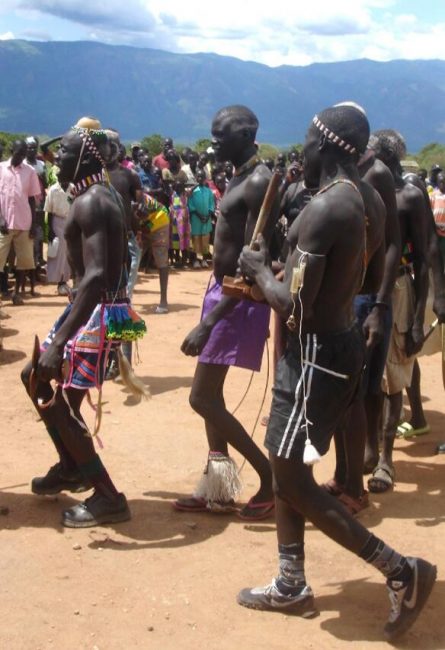 The Comprehensive Peace Agreement (CPA) concluded on January 9, 2005 between the government in Khartoum and the South Sudanese liberation movement in Nairobi ended one of the longest civil wars in African history. The CPA is also known as the Naivasha Agreement as seven of its eight protocols and agreements were negotiated in the Kenyan Naivasha. In these a “road map” was agreed, which laid down the time limits for the stages of the peace process with their respective actors and procedures up to the holding of the referendum on the independence of South Sudan for the next six and a half years. The path of implementation of the CPA as one of the most complicated and complex peace agreements in the recent past has proven to be extremely arduous and rocky. Shaped by mutual distrust and problems, starting with the delayed use of the transitional constitutions, The CPA was unable to meet many expectations from the late formation of the transitional government with its period of government marked by severe crises and the establishment of a wide variety of institutions, up to and including the census, which was accompanied by violent disputes, and its controversial results. It has not been possible to make the country’s unity attractive for both sides, nor to enable a comprehensive process of democratization. While on the side of South Sudan John Garang still for oneFor most of the South Sudanese, especially his successor Salva Kiir, when “New Sudan” entered as a unit, the CPA only meant the road to independence from the start.

On July 9, 2011, South Sudan declared itself an independent and sovereign nation, making it the 54th country in Africa. President Salva Kiir Mayardit signed the transitional constitution for South Sudan at the independence ceremony in the capital, Juba. In addition to heads of state from all over the world, UN President Ban Ki-moon and the then Sudanese head of state al-Bashir also took part in the celebrations. The northern Sudan recognized the independence of the south one day before the Declaration of Independence. Immediately after the declaration of independence, this was also done by numerous other states, including the Federal Republic of Germany. On July 14th, South Sudan became the 193rd member of the UNrecorded. A week after independence, the UN Security Council also launched a new UN mission. The UN Mission in South Sudan (UNMISS), with German participation, replaced the previous UN Mission in Sudan (UNMIS).

Due to the civil war, many South Sudanese had fled to the northern part of the country, especially to the greater Khartoum area, since the 1980’s. In mid-2010, around 2.5 million refugees were still living here. Of them, although voting was also possible in the north, around 1 million people had returned to the south by the start of the referendum. The return migration, for most of the refugees without economic prospects, mainly took place in the northern states of South Sudan. The migration flows reached another high point after the referendum and continued after the declaration of independence.

Many northern Sudanese saw the split-off of the south with mixed feelings, while the southern Sudanese went without much preparation into their own state, whose internal structures, including good governance, were still extremely poor. The greatest challenges for independence and for the coexistence of both states are the still conflict-ridden unclear demarcation with so far missing regulations for the nomadic population, who use the resources on both sides, here especially the affiliation of the controversial oil-rich province Abyei, the attitude of the South Sudanese on the Nile Water Agreement and how to deal with South Sudanese remaining in the north, whose Sudanese citizenship was revoked shortly after the split. In the years that followed, many of the remaining South Sudanese faced an uncertain future.

The Sudanese, now seen from a distance, are following the current situation in South Sudan with great interest and concern; a certain amount of malicious glee seems to be there. Ironically, Sudan’s former President al-Bashir acted for a long time as one of the mediators between the South Sudanese conflicting parties.

Years after the conclusion of the Comprehensive Peace Agreement between Sudan and South Sudan, a complex system of unsolved problems emerges in the relations between the two countries. 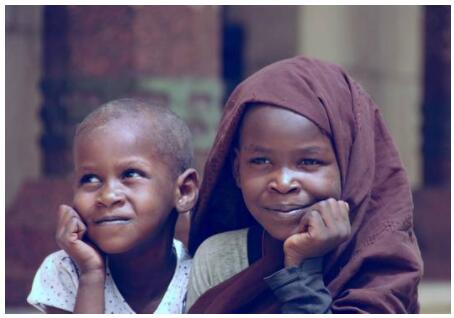