The country has its most characteristic and important section in the vast plateau, or acrocoro, which represents the northern part of “high Africa” ​​and which corresponds to historical Ethiopia, Abyssinia. In its present conformation, the Ethiopian territory is the result of the great disturbances that led to the separation of Africa from Southwest Asia; to them we owe the formation of the Danakil depression and the Rift Valley which, through the Awash valleyand the Galla lake trench continues south-west into Kenya. These same tectonic elements divide the country into two parts: on the one hand the real Ethiopian plateau, on the other the plateaus that slope down towards the low plateaus and the outermost plains of Somalia. The territory rests on an ancient Precambrian base, consisting mainly of schists, gneisses and granites, which already emerges in Eritrea and in the Sidamo-Borana plateau, and which represents a section of the Nubian-Arabian shield; it was affected by the archaeozoic orogenesis, which determined the formation of mountain ranges, subject during the Paleozoic to continuous and intense erosion. At the beginning of the Mesozoic, when a vast penepian was spreading instead of the chains , a slow sinking process began; while the sea gradually invaded Somalia, Danakil (the current Denakil) and part of the acrocorus, marine clastic deposits collected in the coastal strip originating sandstones, while further offshore, where pelagic conditions had established, limestone deposits formed instead. Gradually the subsidence process stopped and was replaced by a slow uplift with corresponding regression navy; other sandstones were thus stratified on the limestones while the region resurfaced. At the beginning of the Cenozoic, the great tectonic disturbances caused a further strong lifting of the crystalline base and its fracturing. From the deep openings lava flows came out and expanded on the sedimentary surfaces, reaching thicknesses of up to 3000 meters. In the meantime, with the opening of the Red Sea, the dancala depression (originally invaded by the sea) and the valleys of the Rift were identified.

From tectonics, probably still living, and from volcanism (active in Danakil) depends on the relatively complex character of the relief, on which the erosion phenomena acted with discontinuity, also in relation to different climatic cycles. The lava flows, among other things, blocked some valleys causing river deviations and the formation of lakes, such as T’ana Hāyk (Lake Tana), and isolating the Gulf of Danakus from the sea. The intense erosion, initiated by the general uplift movements, has opened deep incisions in the tabular complex of volcanic and arenaceous rocks; these canyons are today very important morphological elements, placing themselves at the basis of the regional division of the country: thus the valley of the Ābay (Blue Nile) divides the Goggiam from the Scioa and from the Uolleggà; the Tacazze (Tekeze) separates the Tigray from ‘ Ahmar etc. Among the canyons stand the tabular elements (the ambe), which represent the typical morphology of the Ethiopian relief, which has its highest peaks in the Semièn mountains, culminating in the 4,620 m of Ras Dashen Terara.

According to itypeusa, there are numerous other peaks that exceed 4000 m, such as Abuna Josef (4190 m), Guna (4231 m), Mangestu mountains (4154 m); many of them are located on the edge of the great escarpment that delimits the acrocorus on the eastern side, an element of considerable geographical importance due to the division that it operates between the Denakil (which hosts in the Piano del Sale some marked cryptodepressions, such as the Āsalē lake and the Giulietti lake, respectively located at -116 m and -80 m) and the plateau, placed on average at 2000-2500 m of altitude. The arid and desolate Denakil, extended for approx. 100,000 km² at the eastern foot of the plateau, it is bordered to the E by the so-called Dancale Alps, a mountain system also with a tabular structure, with some volcanic cones, which reaches its maximum altitude in Mount Ramlu (2130 m.). The detachment of Eritrea has instead determined the loss of the entire coastal strip, with the good landings of Massawa (Mitsiwa) and Assab (Aseb). Finally, AW della Fossa Galla is another region of alteterre, the so-called galla-Somali plateau, including roughly the Ogadēn, the Bale and the Sidamo; it descends with a steep escarpment to the Rift, in front of the edge of the Ethiopian plateau, while it slopes to the SE towards Somalia: its uniform inclination and its mostly shallow valleys are morphological elements that clearly distinguish this plateau from the high plateau real. 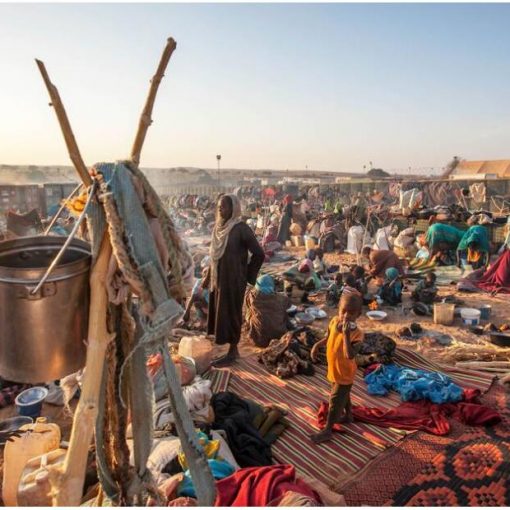