The area of ​​today’s Croatia was probably already inhabited in the early Stone Age. This is the case with finds that could be made both in the countryside and on some islands. The favorable location of the country invited people to settle there very early on.

It was followed by the Romans, who conquered the entire Mediterranean region, including Illyria. They also settled on the Croatian coast and spread inland. Five Roman emperors alone came from the region of today’s Croatia. At the beginning of the 1st century the Roman province of Dalmatia was established. The Romans founded other cities or romanized the cities that had already been founded by the Illyrians. Even today we see many remains from Roman times, such as the magnificently preserved amphitheater in Pula or the palace of the Roman emperor Diocletian in Split.

In 395 AD the Roman Empire was divided into western and eastern Rome, with Croatia being part of western Rome. In the fifth century AD, the Balkans were attacked by the Huns, Vandals, Visigoths and, at the end, by the Lombards. The Roman Empire fell in 476. Afterwards, large parts of Croatia were part of the Eastern Roman Empire or the Byzantine Empire.

The Avars and Slavs followed at the beginning of the 6th century. The expansion of the Slavs in the south was stopped by the Bulgarians, who settled on the lower reaches of the Danube. Byzantium managed to recapture parts of the country such as Greece, Macedonia and the islands of Dalmatia. The hinterland remained in the hands of the Slavs.

The first Croatians colonize the country

In the 7th century, Croatians settled in Dalmatia and Upper Pannonia. Where the Croatians originally came from is controversial. It is believed that they came from Iran, although that is not clearly certain. They mingled with the already resident population. The first Croatian state emerged in the 9th century, although it was much smaller than today’s Croatia.

In the 9th century, monks from the Byzantine Empire came as missionaries to convert the Croats to Christianity. The first Croatian cities emerged in the 8th and 9th centuries, and ancient cities were often brought back to life.

The first Croatian principality that is documented was established in the 8th century under Prince Branimir. And soon – around 925 – there was also the first Croatian king named Tomislaw, whom the Pope also recognized as king.

In 1102 a Hungarian king was crowned Croatian king. Croatia remained its own administration and also a viceroy of Croatian origin, but there was a state association with Hungary.

After 1815 Dalmatia and Istria came under the rule of the Austrians. The Kingdom of Croatia and Slavonia belonged to Hungary again. In the middle of the 19th century, the Croatians also strived for greater independence and wanted above all to reduce the influence of the Hungarians.

According to shoppingpicks, Croatia only broke away from the sphere of influence of Austria and Hungary after the First World War. In 1918 the Kingdom of Serbs, Croats and Slovenes was established, which was called the Kingdom of Yugoslavia from 1929. This existed until 1941.

In April 1941 German troops marched in and from April 1941 an “Independent State of Croatia” was proclaimed under the leadership of Ante Pavelic and with the support of the Axis powers. This stood the fascistUstaše movement before. He ruled like a dictator and acted cruelly against any political opposition, but also against Jews and Roma. They raised the Croatian communists against him. One of the leaders of the movement against the fascists was Josip Broz Tito.

After the Second World War, Yugoslavia became a federal people’s republic and thus a communist state. Croatia was one of six constituent republics and was called the Socialist Republic of Croatia. Parts that previously belonged to Italy and parts that belonged to Hungary came back to Croatia. The former opponents of the fascist Ustasha, but also other opponents, were persecuted. Josip Broz Tito was first Prime Minister and from 1953 President of Yugoslavia.

In the course of the next few years, Tito moved further and further away from the Soviet Union and opened the country to the west. So tourists came to the country and brought foreign exchange (money) with them, which benefited the economy. However, Tito held the multi-ethnic state together with a hard hand and took action against any political opposition.

Tito was often able to force the multi-ethnic state to unity until his death in 1980. But in Croatia and Slovenia the resistance to the supremacy of Serbia grew and there were movements that insisted on greater independence for Croatia.

First people In the area of ​​what is now Italy, traces of human settlement have been found that are 1.3 to 1.7 […] 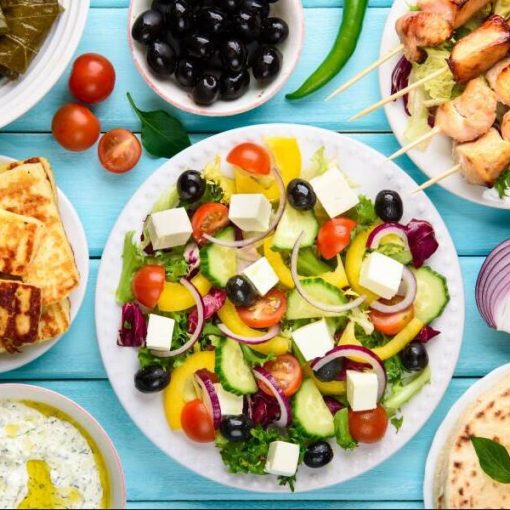 The territory, originally inhabited by Celts, then by Germani, Quadi and Marcomanni, was invaded (III-IV century) by Gepids, Goths, Huns and finally […]

According to ITYPEMBA.COM, the memory of these best known and strongest companies is linked, in Italy and also abroad, to works of […]