One of the youngest volcanoes in Costa Rica is located in the northern mountains, about ninety kilometers north of San José in the national park of the same name on Lake Arenal. Fantastic hikes can be undertaken in the region around the Arenal. A classic one goes over a system of suspension bridges through the rainforest, from which there are always spectacular views of the volcanic cone of the Arenal. The whole area around the volcano has many activities ready for visitors, for example the Danaus Ecocenter or canyoning through the jungle. In the eco center you can get to know the colorful fauna of Costa Rica and learn a lot of interesting facts about nature. Canyoning through the jungle offers a journey through rocky river landscapes and over waterfalls through the dense rainforest and the opportunity to

The Tenorio volcano is located in the northern part of Costa Rica and consists of a total of 4 peaks and 2 craters. The higher elevations of the park are dominated by cloud forest, while rainforest grows in the lower elevations. At the foot of the active volcano, the Río Celeste searches its way through the evergreen landscape. The light blue river with its turquoise water of volcanic origin is a true natural wonder. Directly in the river bed of the Rios Celeste there are several small, hot springs of volcanic origin, which are perfect for a bath in the middle of the enchanting area. There are plenty of hiking trails in the park that lead to beautiful hot springs and bathing areas. Visit sunglasseswill for Costa Rica Tour Plan.

San José is the capital of the state of Costa Rica and the largest city in the country. About 10% of the entire population live in it. The city owes its rapid growth to the coffee boom of 1840, although the city was expanded as planned and was given a chessboard-like floor plan. You can find parks, wide streets and business districts, museums, cultural centers, and markets. The charming farmers’ market in Zapote, which sells exotic vegetables and fruits, and the National Museum, which provides information on the geology, pre-Columbian colonial and modern history of Costa Rica, are worth mentioning. Near San José is the Quitirrisi Indian reservation, where you can get to know important elements of Costa Rican folk culture.

The settlement of Manuel Antonio and the associated national park of the same name are located on the Pacific coast in southern Costa Rica. The national park is particularly known for its beautiful beaches, but also offers an extraordinary variety of flora and fauna. 109 different species of mammals have been found in the park, including sloths, white-nosed coatis, capuchin monkeys and armadillos, as well as around 180 species of birds and 350 species of plants. You can also admire an astonishing variety of sea creatures underwater, and with a lot of luck you can even see passing whales. The white sandy beaches of Espadilla Sur and Manuel Antonio are known for their calm and crystal clear waters. Many activities are also offered on Manuel Antonio Beach, such as kayaking, surfing, snorkeling or diving.

The Monteverde region is one of the most famous nature reserves in the tropics of the New World. 172 km northwest of San José, on the continental divide of Costa Rica at an altitude between 1400 and 1700 m, Monteverde is the cloud forest region of the country. The prevailing climatic and geological conditions there are the basis for the enormous biodiversity and unique vegetation. Over 2,500 species of plants, around 100 mammals and 400 birds, as well as 10,000 insect species live here. The Monteverde nature reserve also has an impressive suspension bridge system and a variety of hiking trails. The starting point for all sights is the small village of Santa Elena, which is located in the center of the region. About 6 km northwest of the village is the Santa Elena Biological Reserve.

The Nicoya Peninsula is located in the northwest of the country on the Pacific Ocean and is separated from mainland Costa Rica by the Gulf of Nicoya. The peninsula has a few popular tourist destinations. One of them is the Monte Alto forest reserve. Here, a citizens’ initiative is protecting existing forests and reforesting the surrounding hills in order to secure the water supply of the place and the biodiversity of the Ríos Nosara. At the southern tip of the peninsula is the Cabo Blanco Reserve, Costa Rica’s first nature reserve. Typical of the reserve are dry, partly deciduous forests, which are rarely found in Central America. On the peninsula you can relax on one of the most beautiful beaches in the country, Playa Sámara.

On the Pacific coast in the northwest are the regions of Guanacaste, Puntarenas & Gulf Islands. Of course you will also find wonderful beaches here, which invite you to relax on the beach. However, some of the beaches are also used by sea turtles to lay their eggs – an unforgettable spectacle when thousands and thousands of turtles crawl onto the beach at night to lay their eggs in the sand! This spectacle can be wonderfully observed on the beach of Ostional, at the second largest egg-laying area for the olive ridged turtle. About 45 days later, the little turtles hatch and crawl out of the sand into the sea. This is just as exciting as laying eggs 1 ½ months earlier.

A highlight of this region is the Tortuguero National Park in the north, which can only be reached by boat or plane. The lush rainforest, which is criss-crossed by canals, can be explored by boat. You can then marvel at monkeys, sloths, caimans, turtles and countless species of birds. On Tortuguero Beach, between July and October, you can also watch sea turtles lay their eggs.

Another highlight is the Cahuita National Park, which is located in the opposite direction. He can also come up with beautiful beaches. In addition, this place is still very original and quiet. An ideal place if you want to get away from the tourist crowds. Even if you can only plan a little time, a visit without a guide is worthwhile. You can spot a huge number of animals on your own. Manzanillo’s paradise begins further down. Diverse beaches await the visitor here, the “black” Playa Negra, the “golden” Playa Cocles and the small but nice Playa Chiquita. A paradise with something for every taste! 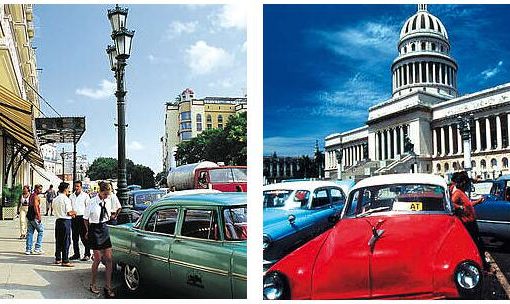 Find the best quality hotels in Connecticut with discount price. Book hotels and motels online now and save up to 60% off […]