Bulgaria. – At the time of D. the Bulgaria was in full disrepair. After a period of territorial conquests (shortly before 1000 it had subjected almost all the Balkans) it had fought against Byzantium which, allied to Russians, Serbs, Croats, Hungarians and Peceneghi, had, in 1019, extended its dominion over the whole Bulgarian territory ; it had regained its independence in 1201 and, in the first half of the 13th century, it had experienced a period of peace. Then anarchy, riots, struggles against Byzantium and the establishment of numerous autonomous principalities, marked a long period of decline which culminated, at the end of the fourteenth century, with the beginning of Turkish domination.

Fortuna of D. in Bulgaria. – The fortune of D. in Bulgaria can be said to begin after the liberation of the country (1877-1878) from the Ottoman domination. Its essential stages can be seen in the following manifestations: first of all in the clear work of the poet Konstantin Veličkov (1855-1907).

Veličkov, who spent more than two years in Italy, left a short essay on the history of Italian literature, a very busy work for the part concerning Dante’s time. The Bulgarian poet’s enthusiasm for D.’s genius is also expressed in various articles and in partial versions of Hell published in journals and anthologies for schools. As early as 1884, a first attempt at a version of canto XXXIII accompanied by a brief information on the life and work of Alighieri was placed in Vazov-Veličkov’s Bǎlgarska hristomatija (“Bulgarian Crestomacy”). Veličkov’s admiration for D. is manifested in the sonnet Dante, in Italianski soneti (“Italian sonnets”; another sonnet in D., entitled Davanti al bust di D. al Pincio, is due to the pen of the greatest Bulgarian poet and writer, Ivan Vazov) and reaches its climax in the inspired version of the first canticle of the Comedy. Velièkov’s version of Ad (“Inferno”) comes out in a luxurious guise, in folio, with illustrations by Gustavo Doré (Sofia 1906). At the head of each canto is the summary of its content; annotations and comments follow at the end of each song. A valuable essay on the life and work of D., previously published in Veličkov’s collection of works and prose, V cestiti minute (“In moments of happiness”), is placed at the head of the version. It vibrates with deep emotion for the imperishable values, both artistic and moral, of the poetry of the immortal Florentine. Veličkov’s version is impressive even if somewhat distorted in some main parts and even more in some details. The translator is unable to force the entire content of the original into the third rhyme without losing his artistic commitment: some parts have been greatly enlarged to the detriment of others which have been neglected or even omitted. Veličkov’s version of Hell, now considered classic in Bulgaria, has been reprinted several times to this day. The last two luxurious reprints, in folio (neglecting other more recent but smaller ones, in the form of pamphlets), date back to the years 1957 and 1958 respectively. They were accompanied by an updated essay on life, time and work. by D., edited by whoever writes these lines. For Bulgaria 2010, please check programingplease.com.

The Italianist Milko Ralčev (1905-1960) wrote the Vita Nuova (Nov život, with preface and comments, Sofia 1929) in Bulgarian. With a few shortcomings and a few deplorable errors removed, one receives on the whole a good and welcome impression of Ralčev’s work. We must be grateful to the author for having been able to initiate the public to that delicate poem. Also worth mentioning by Ralčev is a critical essay on D. accompanied by the translation of ten cantos of Hell (DA, Kritičeski etiud “DA, Critical Study”, Sofia 1947). The version of the cantos remains much inferior to that of Veličkov, both for the exegetical and the artistic part, and also to that, especially for the less poetic vigor, of the other distinguished translator of Hell, the Hristov.

ID Šišmanov (1863-1928) left a posthumously published university course: Literaturna istorija na Vǎzraždaneto v Italija (“History of Renaissance literature in Italy”), Sofia 1934. The work aims to convey to the learner an impression of the Middle Ages by keeping the forms and development of society are always present. Repetitions emerge here and there and parts not completely settled. It contains a free exposition of D.’s life accompanied by a synthetic picture of his work.

Another version of Hell is due to the poet Kiril Hristov (1875-1944): Preiz podnja (“Inferno”), ediz. of the Ministry of Education, Sofia 1935. The translator rendered the poem with the same meter, in third rhyme, keeping the original volume. Each song is preceded by the summary of its content and by explanatory notes taken from the ediz. by E. Camerini (Sonzogno edition of the Comedy). Hristov’s version sometimes gives the impression of a composition that is solid in all parts, effective in expression and harmonious in structure, so as to make us willing to appreciate the original through it as well. Here one feels the coinage of the artistic personality. In reality, comparing it with the original, it turns out to be a vigorous poem, but in its own right and different from that of D. for omissions and incompleteness in content, form, art. The sober line of Hristov, structured in such a way as not to exceed in any way the breadth allowed by the original, is often opposed by that line of Veličkov which, on the other hand, would not want to leave unexpressed figures, feelings, ideas and meanings to the detriment of the verbal economy.

A popular edition of the Comedy was published by Hristina Stojanova: DA, Božestvena Komedia-Ad, Čistilište, Ra (“The Divine Comedy – Hell, Purgatory, Paradise”), popular edition for the acquaintance of D., Sofia 1937.

Two short studies by the author of this article: Italijanskoto srednovekovie, D. i Vǎzraždaneto (“The Italian Middle Ages, D. and the Renaissance”), and lobata na poezijata i na poetite u D. (“The task of poetry and poets “), in” Yearbook of the University of Sofia, Faculty of Letters “, respectively XLII 1-16 (1946) and LX 1-11 (1966).

Eating in Austria What do you eat in Austria? Do you know typical dishes from Austria? Maybe you think of Wiener Schnitzel, […] 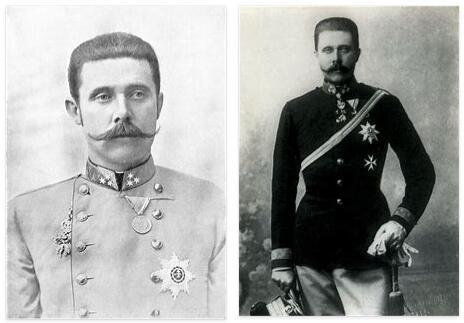