On July 9, 1816, at the congress of Tucumán, Argentina was officially proclaimed independent under the name of United Provinces of South America. In 1819 it adopted a republican and moderately liberal constitution. However, the contrasts between conservatives and democrats and above all between the unitary tendency of Buenos Aires and the federalist tendency of the provinces, the latter supported by the large landowners opposed to designs of political centralism and economic-commercial monopoly, resulted in a period of anarchy, fomented by the caudillos of the provinces, holders of unlimited powers. Anarchy ended by B. Rivadavia, of unitary tendencies, who became president in 1826. The struggle between provincianos and unitarios it remained, however, on the verge of civil war, and was interrupted only during the long dictatorship of JM de Rosas (1829-52), promoter of a rigorous centralism.

The author of the disappearance of Rosas from the political scene was the governor of the province of Entre Ríos, JJ de Urquiza, who decreed economic measures in favor of internal companies, put in crisis by continuous internal discord, nationalized the customs revenues of the port of Buenos Aires, opened the Paraná and Uruguay rivers to free transit, developed the port infrastructures of Rosario to make it a vital center of traffic, facilitated by very competitive rates. He then negotiated commercial agreements with the United States, Great Britain and France. For the reorganization of the state, he entrusted to a constituent Assembly the drafting of a Constitution with which to guarantee Argentina prospects of internal stability and progress. Promulgated in 1853, the new Constitution established the Federal Republic (federation of provinces each with a governor and local legislatures) with a president and a vice-president elected for six years, and delegated legislative power to a bicameral Congress. However, the rivalries between unitaries andprovincial caudillos, while the hostility of the Buenos Aires portenos, who saw the collapse of the profitable monopolies they established on the proceeds of trade, led first to the secession of the city (1853-59) and later to a series of conflicts that lasted until 1861, when Buenos Aires agreed to re-enter the Republic, restoring national unity.

Under the presidency of B. Miter (1862), DF Sarmiento (1868), N. Avellaneda (1874), JA Roca (first term 1880) Argentina consolidated its economic development, improving agricultural techniques, multiplying exports, reorganizing finances and tax collection, while the growing need for manpower attracted more and more masses of European immigrants. The administration was characterized by a strengthening of the landowner oligarchy, favored first by an advantageous pact with Miter and then by an agrarian law of Avellaneda which allowed the purchase of huge tracts of land belonging to the state, particularly in the Patagonian south. From Buenos Aires,

The less well-off social categories and the nucleus of the workers’ proletariat that had been forming as a result of the infrastructural dynamism connected to port traffic began to oppose a very unbalanced division of wealth. Popular protests against speculative profiteering were welded to nationalist pressures against the large investments of European and North American capital in Argentina and the collusion of interests between the local oligarchy and foreign entrepreneurs. The first trade organizations were formed, soon transformed into trade unions and, along the same lines, new political formations. Among these, the radical reformist party, H. Irigoyen’s Unión Cívica Radical, won the majority in the first legislative elections after the introduction of direct and secret suffrage for all adult male citizens (government of RS Pena, 1912). The radical party immediately launched a vast plan of social reforms.

The outbreak of the First World War, which hit Argentina in this phase of renewal, had serious economic repercussions. The interruption of communications with Europe caused the closure of factories, the paralysis of port activities, the blocking of agricultural and livestock exports, and consequently the loss of share of the currency and unemployment. The election to the presidency of Irigoyen (1916), which for the first time sanctioned the entry of the middle classes and trade unions into the governing body, is situated in this context. The supply of considerable quantities of food to the Allies, even in the position of neutrality, brought in the State coffers currency with which to rearrange the economy and continue with the plan of social and welfare reforms. and this gave the radicals the possibility of maintaining power until 1930, despite some internal crises, such as the one determined by the split of the party into two currents (the more moderate of Irigoyen and the more advanced of M. Alvear) and despite a new conjuncture unfavorable due to the decline in exports at the end of the conflict. In any case, the country seemed to be on the road to a modern democracy. For Argentina history, please check historyaah.com.

The radical government, however, was unable to cope with the consequences of the great economic crisis of 1929, which involved Argentina like other nations, with closed factories, unemployment and riots in the streets. Irigoyen was overthrown by a coup d’état, power passed to the conservatives, first with the provisional council of JE Uriburu and then with the presidency of General Argentina Justo (1932). In this scenario, the radicals and socialists shifted the terrain of action from the political to the trade union level and engaged in the consolidation of workers’ organizations by bringing together their forces within the Confederación general de trabajo. The reactionary thrusts weakened during the presidency of R. Ortiz (1938), legalistic conservative, reluctant to anti-liberal forms.

After the Second World War broke out, Argentina accentuated the policy of autonomy from the United States. While accepting the principle of ‘continental solidarity’ and while maintaining good relations with Great Britain, he remained neutral (in fact benevolently) towards the Axis powers, especially since power was assumed, due to Ortiz’s illness, by the vice president R. Castillo (1940). The military coups of 1943 put power in the hands of the Grupo de Oficiales Unidos led by generals P. Ramírez and E. Farrel, both in favor of the Axis. The resulting tension in relations with the United States and with other American nations, which accused Argentina of conspiring against the democracies of the entire continent, only ceased when Buenos Aires aligned itself with the other Latin American countries. with the declaration of war on Germany and Japan (March 27, 1945), obtaining admission to the San Francisco conference (signing of the United Nations Pact, September 8, 1945). Meanwhile, the political ascent of Colonel JD Perón, former Minister of War and Labor and vice-president, had begun.

From an economic point of view, the Second World War deprived Argentina of one of its best markets, Germany, but increased its trade with Great Britain, whose food purchases led to an increase in agricultural production, while the United States they increased the commercial exchange through a commercial treaty that granted very advantageous facilities. The improvement in the domestic and international financial situation allowed Argentina to use the strong surplus of the balance of payments for the repayment of the foreign debt, for the transfer to local hands of a large part of foreign investments (mainly British), for the purchase of raw materials and equipment necessary for the industrialization of the country, for the granting of credits and loans abroad. The favorable situation attracted masses of immigrants and skilled labor from Europe.

According to TOP-MEDICAL-SCHOOLS, the most ancient cities of Colombia are located on the coast of the Caribbean Sea. There are many kilometers of […]

Find the best quality hotels in South America with discount price. Book hotels and motels online now and save up to 60% […]

According to Simplyyellowpages, the capital of Peru, Lima, is located on the Pacific coast. During the Conquest, it was a military center […] 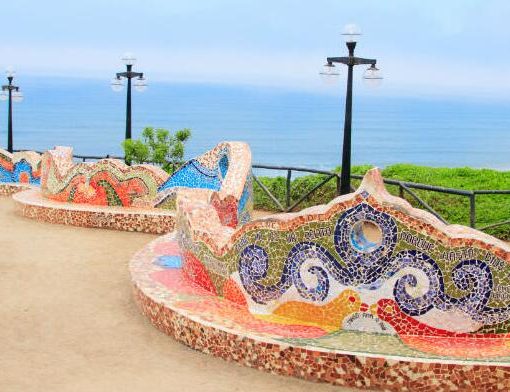